Full Name
Dr. Brian Samford
Job Title
Executive Director
Company
The Arbor Behavioral Healthcare
Speaker Bio
I started the journey of recovery in 1990 upon entering a treatment program. At that time, my life was completely out of control and full of pain. During my first week of treatment, I was assigned a counselor who assisted me in changing life paths. I do not remember much of what he told me, but I do remember something much more valuable. He demonstrated the highest levels of love and concern for this stranger that presented in front of him. I was so impacted by his compassion that I decided to be a counselor just like him once getting stable in life.
My first job in mental health was in 1991 at Vernon State Hospital as a nursing tech. I also started study to become a Chemical Dependency Counselor at the time. I learned a tremendous amount from both endeavors. In 1994, I received a scholarship at Texas Tech University in the Center for the Study of Addiction. The program was for students who had a history of addiction along with demonstrating a strong commitment to recovery. I graduated with my undergraduate degree in Human Development and Family Studies in 1996. I achieved a Master’s degree in 1996 and was eventually able to complete a Doctorate degree in 2006 in Marriage and Family Therapy. My initial intent was to stop at the undergraduate degree. What led to continued study was the desire to become more proficient in working with families. I had some challenging experiences early on while working with families.
I became licensed as Chemical Dependency Counselor in 1997 and a Marriage and Family Therapist in 2001. Over the years, I have worked in a variety of capacities including, but not limited to, counselor therapist, Clinical Director, Executive Director, and owner. Facilities of work included Vernon State Hospital, Lubbock State School, Lubbock MHMR, Southwest Institute for Addictive Diseases, John T. Montford Psychiatric Unit, DePaul Center, Starlite Recovery Center, and Creekview Counseling. I am currently honored with being the Executive Director at the Arbor Behavioral Healthcare. Much of my career has been focused on creating more effective methods for treating persons struggling with addiction and mental health issues. I have also had much focus on creating supportive ethical work environments that allow employees to feel part of something special.
Speaking At
Continuum - Treating the New Family 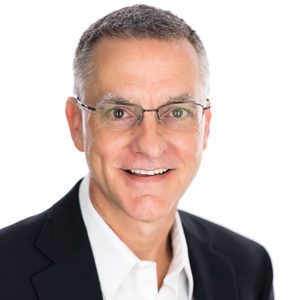