In her time as Commissioner, Ms. Williams has served as a leader in addressing several essential issues facing Tennessee including the opioid crisis, emergency psychiatric services, and criminal justice reform.

Under the direction of Gov. Bill Haslam, Ms. Williams co-chaired a workgroup of commissioners, state and local lawmakers, and law enforcement officers to develop a comprehensive plan to address opioid addiction and reduce overdose deaths in Tennessee. This plan became known as TN Together and was the signature policy initiative of Gov. Haslam’s final year in office. The $30 million plan addressed the crisis by making significant investments in substance abuse treatment, addiction prevention, and law enforcement.

In the arena of emergency psychiatric services, Commissioner Williams established an unprecedented public-private partnership in collaboration with the Tennessee Hospital Association which resulted in the creation and implementation of psychiatric treatment protocols for use in Emergency Departments (EDs) across the state. These protocols have been adopted by the Tennessee College of Emergency Physicians and are being adopted as a national model by the American College of Emergency Physicians as well. This collaboration continues to pay dividends as the department works with stakeholders to address the burden that emergency psychiatric services place on communities across Tennessee.

Ms. Williams’s efforts in the area of criminal justice reform include advocating, increasing funding, and expanding the network of recovery courts to encompass 78 recovery courts in Tennessee. Additionally, Ms. Williams is responsible for leadership and oversight of the department’s new juvenile justice program which seeks to create alternatives to out-of-home placements in areas of the state where options are limited.

In her previous position as Deputy Commissioner, Ms. Williams served as top advisor to the Commissioner and managed the departmental budget of more than $337 million. Ms. Williams successfully assisted in the department’s transformation initiative. Through strong partnership and collaboration with community providers, treatment for patients was moved into less-restrictive environments, and $20.5 million was reinvested into community-based services. Her leadership secured the support of three East Tennessee private psychiatric in-patient hospital partners to provide services to those patients previously served by Lakeshore Mental Health Institute.

Commissioner Williams’s drive for serving Tennesseans with behavioral health challenges still lies with the area where her passion was first sparked: housing and homeless services. Ms. Williams began her career in Memphis supporting people experiencing homelessness and mental illness. Her success there led to employment with TDMHSAS starting in 2000 as the Director of Housing Planning and Development. Her initiative, the Creating Homes Initiative (CHI), since its creation has leveraged $600 Million and developed more than 18,000 supportive housing options for people diagnosed with mental illness and co-occurring disorders.

Commissioner Williams is the recipient of numerous professional and community awards from national and state groups including the Excellence in Advocacy Individual Achievement Award from the National Council for Behavioral Health, the George Goodman and Ruth P. Brudney National Social Work Award from Mental Health America, the Senator Douglas Henry Award for Service to Children and Families at Risk from the University of Tennessee College of Social Work, the Voice of Recovery Award from the Tennessee Association of Alcohol Drug and other Addiction Services, and the Tipper Gore Legacy Award from Tennessee Voices for Children. Ms. Williams lives in Nashville, and she is the mother of Nicole Williams.
Speaking At
The Role of Faith in Recovery 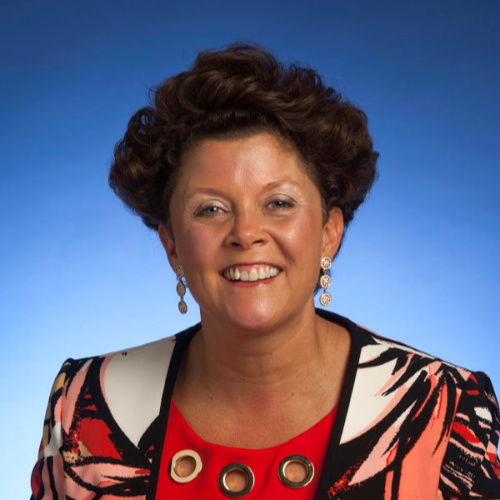